This past Friday, Governor Pinkham forgave the punishment of a prisoner, and released for good five convicts from their imprisonment at Kawa.

The one who was pardoned was George Kealoha. He was found guilty on the 10th of this past month, November, for injuring a soldier, and the sentence he received from Judge Ashford was one year in prison.

Because of the many prisoners, they were released by the Governor; they were people who were imprisoned for some years but yet did not serve out their sentence. 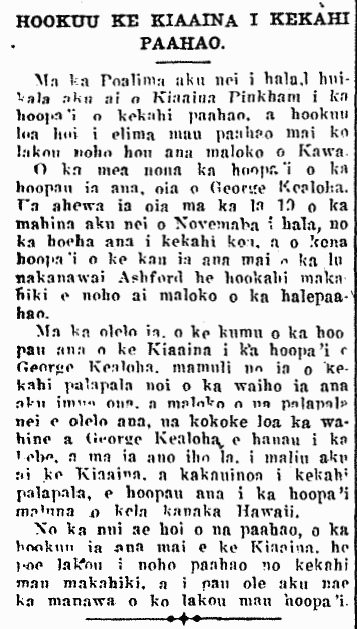