Therefore, many Hawaii alii went in droves to live on Oahu, Maui, and Molokai.

[This passage can be found in S. M. Kamakau’s Tales & Traditions of the People of Old, currently only available as an ebook from Bishop Museum Press.

Z. P. Kalokuokamaile also tells the story of the three overbearing chiefs of Kau under the title, “Hoonanea na ka manawa: Moolelo no Kekahi Alii Kaulana o ka Moku o Kau, Hawaii.” Unfortunately only the second part of a two-part article is available online, Kuokoa, 9/10/1925, p. 5. The first part probably appeared on 8/20/1925, but that issue is not online.] 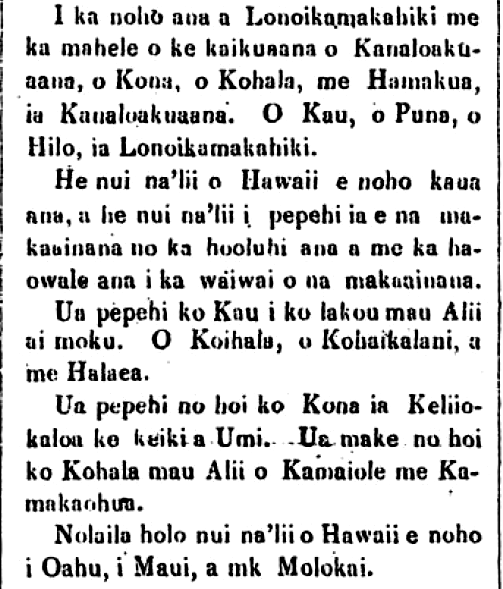