This past Monday Charles R. Bishop became eighty-seven years old, one of the old haole of Hawaii nei who Hawaii greatly is in debt to for his efforts to search for and to work for the welfare and the progress of Hawaii nei.

His friends held remembrances for him  on that day, and also at the Kamehameha Schools, the school that his wife, Mrs. Bernice Pauahi established for the youth of her own lahui.

He is now residing in San Francisco, but his name and his good works in Hawaii remain, and that is how his friends here remember his birthday.

With no doubt we say that he was sent congratulatory  letters from a great number of friends here in Honolulu aboard the the steamships headed for San Francisco these days. 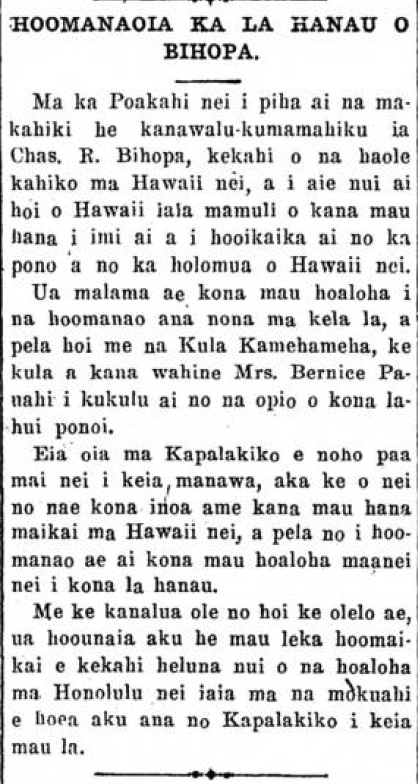