After a long period of being gone from these islands, a comet [hoku welowelo] came back, and it can be seen in the south-western side of the skies this coming evenings.

This comet was first spotted by Charles Elston, the vice-president of the high school, at 8 in the evening of this past Sunday, under the Orion constellation, and it was he that announced it to the public. That star was seen again by other on the night of this Monday, and there are great number of people who want to see this awesome heavenly body which has reappeared. 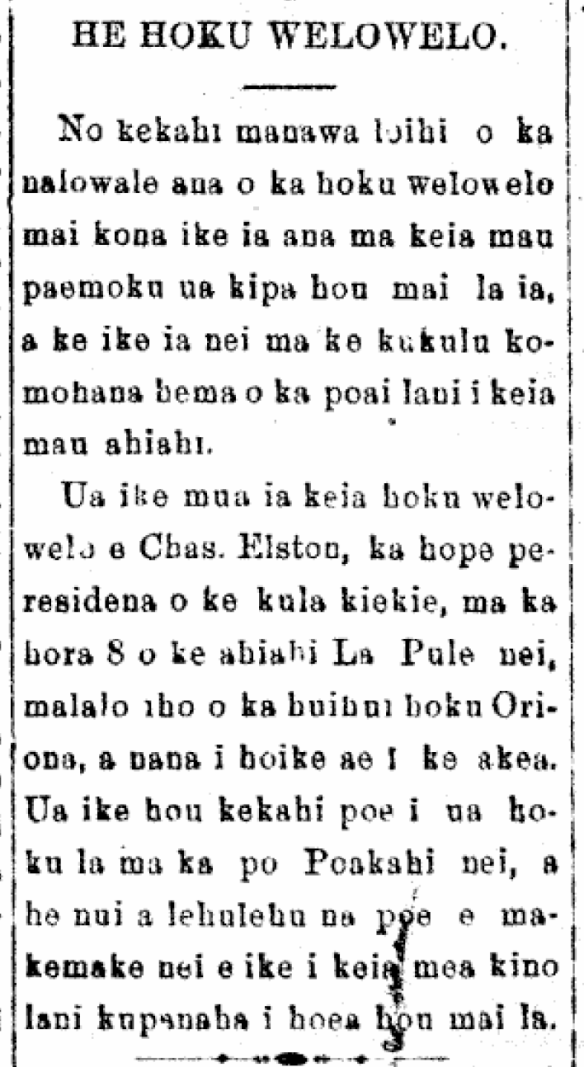