A fish came ashore at Hauula.

Aloha oe:—I have some news to tell you. This is that news. Isaia Koaniani came upon a large fish at the shore here in Hauula, Koolauloa. When he got up in the early morning, it was on the sandy shore.

He called the people, “A big fish! A big fish!!” and the people came; it was there on the sandy shore. Its length was 17 feet, and its circumference was 10 feet, and the number of people who carried it was around 30 or more.

This is something new for me, because it is the first time this was seen beaching on our shores. The sailors to Koea [?? io Koea] say it is called a Pamuela [sperm whale], while some say it was a juvenile Kohola [humpbacked whale]. The  kamaaina say that this was a place that was used to the beaching of this fish before during the time of Paao. It beached on the 6th of March. With aloha to the people seeking news. 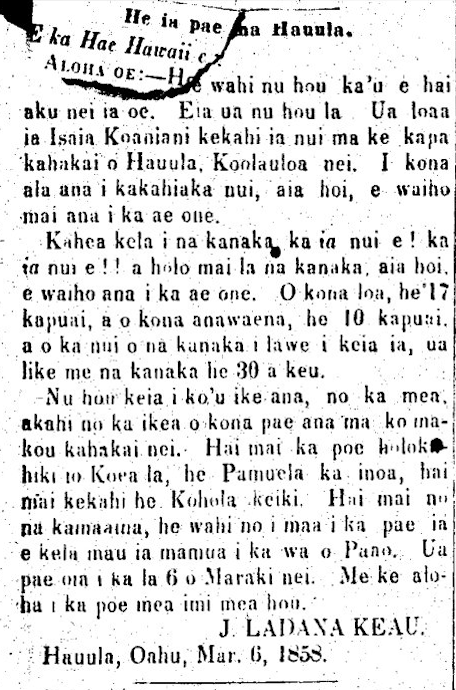