SAN FRANCISCO, September, 18.—Among the arrivals at the Stewart last evening was George Freeth, the young Honolulu man who attained fame a few months ago at Venice, Cal., by saving the lives of seven Japanese fisherman who were in dire straits.

Freeth has in his possession the gold medal which was presented to him by the United States Government, and he has also a fine gold watch which was given him by the Venice life-saving crew for the same service.

Brought up as he was in Honolulu, Young Freeth has been able to swim expertly since before he can remember, and the feat which gained him national recognition is one of which he makes light himself, though he is naturally proud of the reward which is has properly won.

[Does the U. S. government give out any other gold medals other than the Congressional Gold Medal? It seems George Freeth is not on the official list of recipients…] 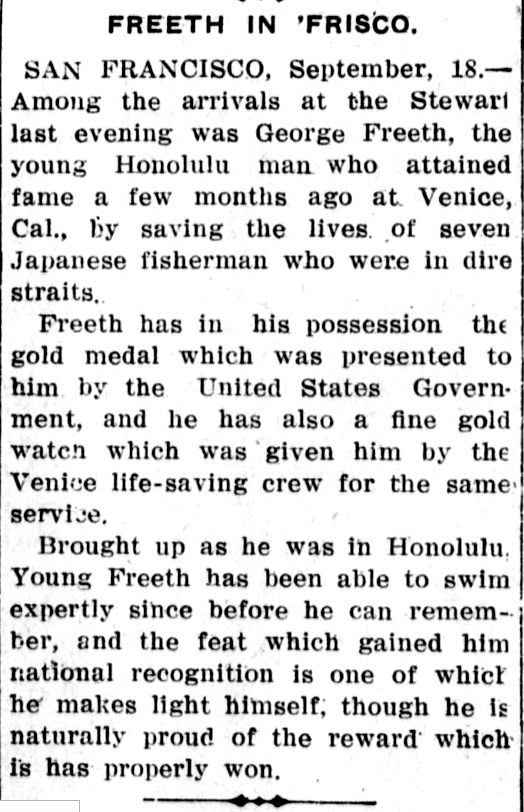