Kou Trees.—The beautiful kou, which furnished a remarkably rich-grained furniture wood, and which old residents remember as growing abundantly as shade tree on the seacoasts all over the islands, has quite disappeared within the past ten or fifteen years, having been destroyed by a new insect enemy. A few days since, a gentleman whose occupation called him to the extreme low point of land seaward from Moanalua, discovered a thrifty young kou tree, growing in front of a native dwelling, on which were a number of bright yellow blossoms. It is to be hoped that the kou will be again cultivated. What would be finer than rows of these beautiful trees on the Esplanade? They flourish best near the sea, and do not succeed far inland. The same gentleman informs us that during his ramble he found a specimen of the ohai, native locust, a flowering shrub which is now considered rare on this island. This species bears a bright red flower, while that of the island of Hawaii is a dark red. 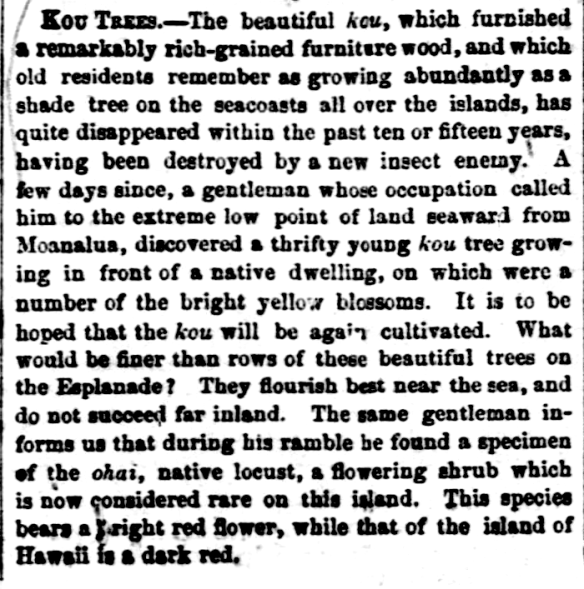