—On the 30th of April another case occurred near Hanalei, Kauai, which, though it did not result in murder, shows that the natives are rapidly progressing in all the attendant arts of civilization. A colored man of Wainiha, named William Hodges, and a married man, while lying asleep in his bed, had a lasso put around his neck by  his “better half.” The end of the rope was then passed through the thatch of the house, and her attendants hauling on it, very nearly strangled the man. Fortunately for him he managed to get free from the noose. What followed we have not learned. 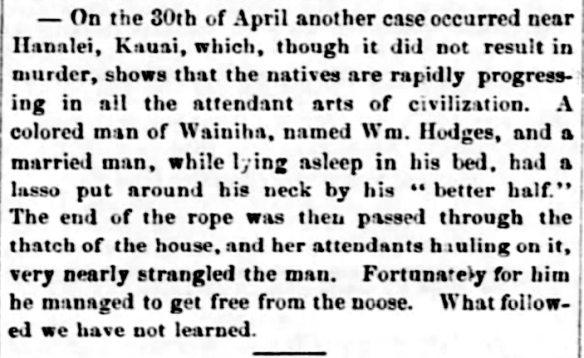