[After looking at that Kapiolani Park horse racing picture, you might be thinking, “Seen one horse race, seen them all…” But what about this!

This here is perhaps the only image* known of Joseph Mokuohai Poepoe (patriot/historian/statesman/newspaper editor/lawyer/translator/storyteller…). It comes from his obituary printed in the newspaper Kuokoa.

This is the image you will see from the newspaper online: 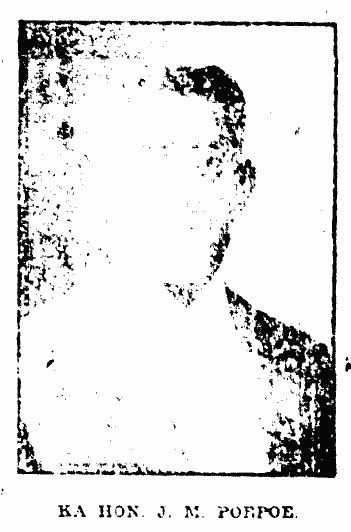 Here is a photograph taken by that same amateur from the original newspaper. It isn’t the best of pictures, but at least you get an idea…] 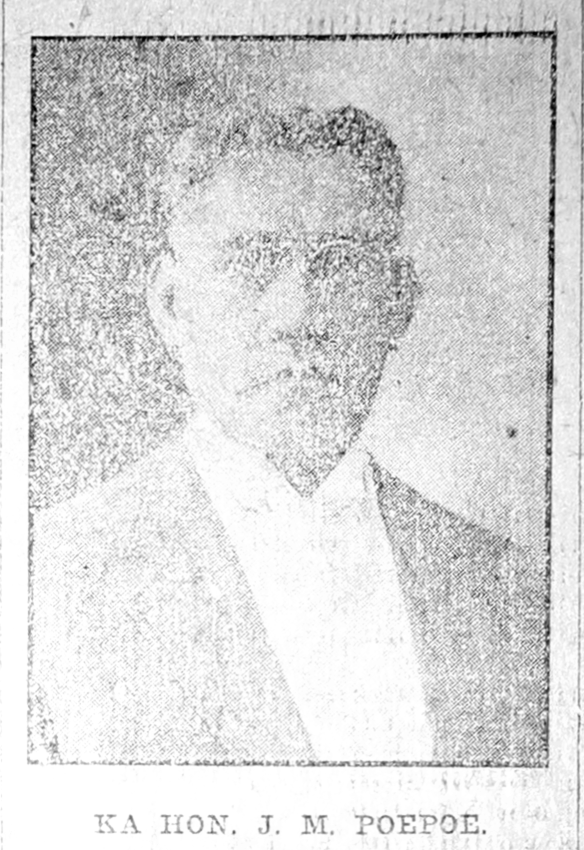 *There is one other image I found, but Poepoe is standing far in the back, and is hardly visible. It was taken at the opening of the Legislature (just a few months before he dies). Poepoe stands in the top row, 4th from the left. (This is the image you will find online.) 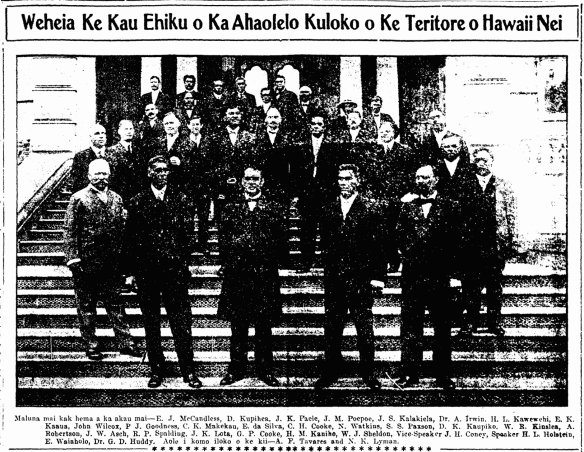