The schooner Waiehu of the Pacific Navigation Company returned a few days ago from a special trip to the Island of Nihoa. When the schooner reached the Island she landed some twenty native passengers who remained on shore all night. Captain Kibling reports that the fire, which was still burning when the former excursion party left the Island, did not extend over more than twenty acres. Grave fears were entertained when the former party left that the entire Island would be burnt over and much damage done. The fine palm groves also escaped uninjured. Captain Kibling brought back a sample of soil deposited on the Island, which will be subjected to analysis. He doubts it having any commercial value as guano. 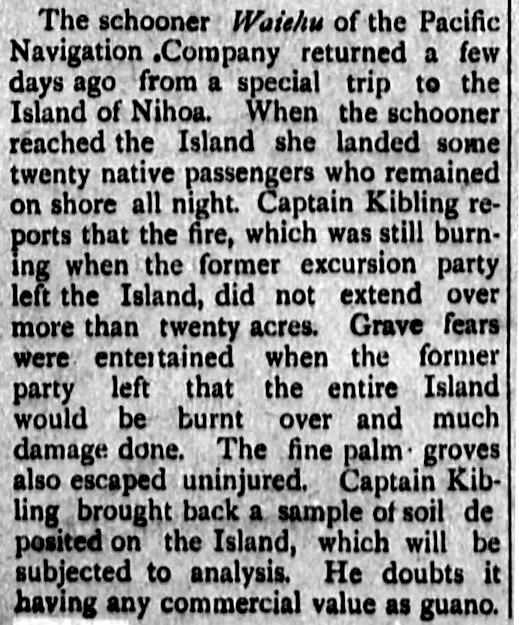