Only 31 Influenza Cases This Month

As against 1458 cases of influenza for March, there have been only 31 cases reported for the city this month, an average of a little over two cases a day. For this week, there were three cases on Saturday, none on Sunday, two on Monday, three on Tuesday and one yesterday. Deaths form influenza in Honolulu since the first of the month have numbered nine and there have been 12 deaths from pneumonia during the same time.

Since the first of April 62 deaths from all causes have been reported at the board of health, by nationality, as follows: Hawaiian: 22, American 12, Japanese 10, Chinese 7, Filipino 4, Portuguese 3, Korean 2, Porto Rican 1, and South Sea Islands 1. 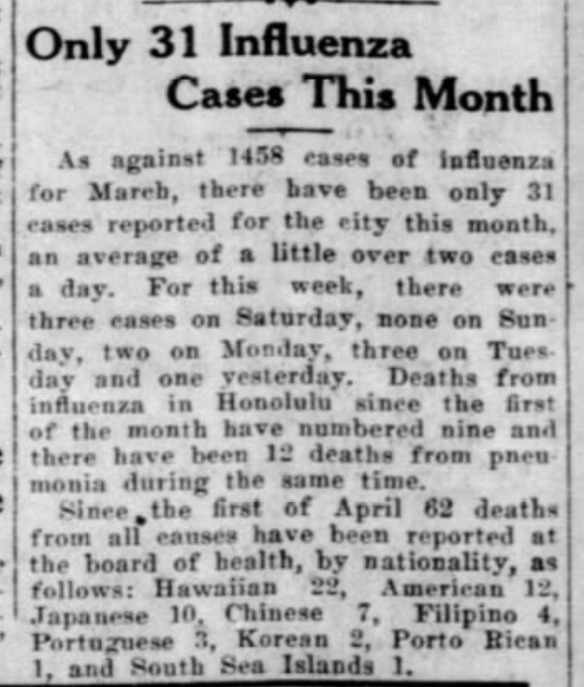