On the Saturday night, the 26th of this month, the Kaonohiokala Club [Kalapu Kaonohiokala] will put on a beautiful pageant at Laie for the benefit of the Hoolaulea Hall of the Mormons of Honolulu nei.

There will not only be a tableau held that night, but there will also be a concert, where there will be heard some singers from here in Honolulu, and also the instrumental performances of some boys skilled at that activity, along with as hula olapa and olioli from some youths.

The pageant of the night will be a tableau of Lohiau and Pele; Kaahumanu and Kamehameha; the [? Eko] of Kilauea; Pele and Hiiaka and the Brothers; Liliha and Poki.

David K. Bray is the leader of the Kaonohiokala Club, and the all of the performances will fall under his direction. 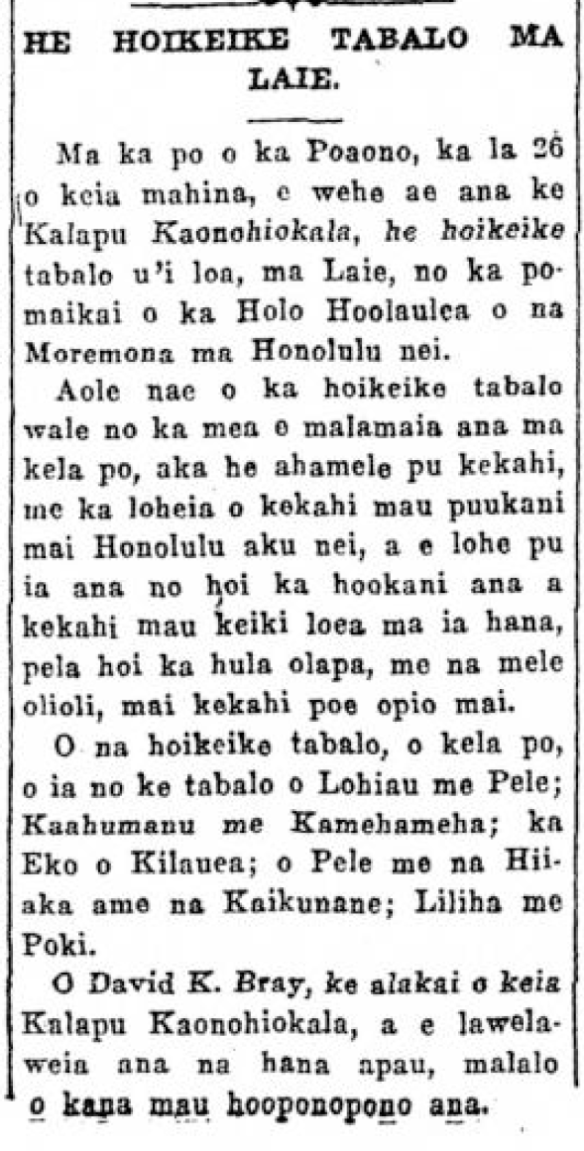