Escorted to the altar by her father, the bride wore a modified monarchy holoku of Swiss embroidered cotton and carried an old-fashioned woven lei of Island flowers and fern. She wore a matching bandeau in her hair.

A reception was held at the Oahu Avenue home of the bride’s parents. The newlyweds are spending their honeymoon at the Wailele home of the Lloyd Sextons. They will make their home in Hanover, N.H.

The bride, who graduated from Punahou School and Vassar College with honors, will teach in Hanover. Her husband, an alumnus of Punahou and Dartmouth College, will enter Dartmouth Medical School. 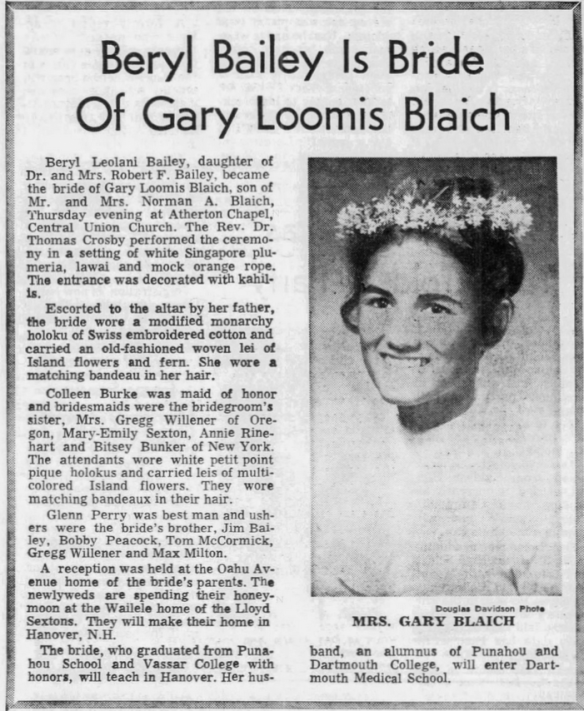