At Honolulu on the 4th of this April.

She became sick on the 30th of December, in the early  morning; the sickness was paralysis. Her left hand and leg became paralyzed, and on the 31st, she was overcome by  sleep: She slept until the paralysis of her left side abated, but her sleep increased until the 2nd of April, and her siblings [? hoahanau] could not wake her.

On the fourth, Kamehameha III, the King, arrived, bore with his own illness for the love of his “mother” [makuwahine]. In the early morning, the King landed and in the midday, at half past 12, that is when she died without seeing the King.

Everyone mourned, crying with along for the one who died, their alii, who was greatly loved. But on the fifth, the crying was ended because the King was sick, and talking was not appropriate. 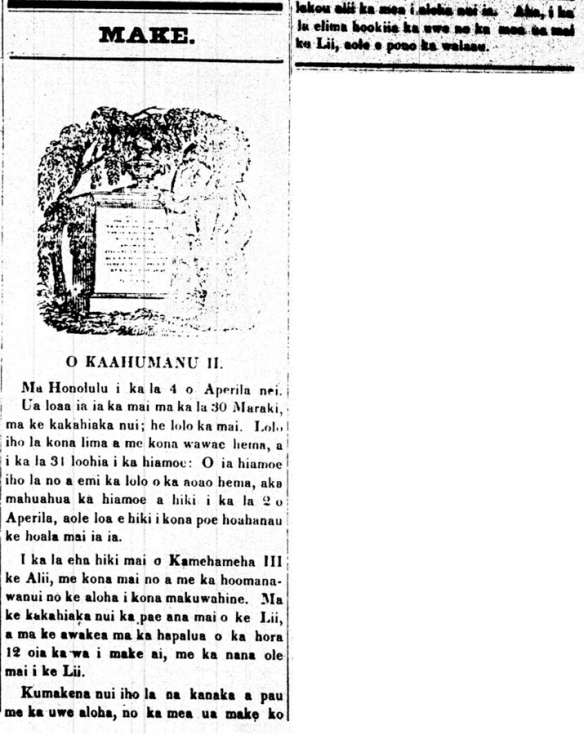