Ung Tong Chung of Robello lane and King street is in critical condition in the Queen’s Hospital, suffering from poisoning caused by eating balloon fish or oopuhue. The man was taken from his home early yesterday afternoon to the Emergency Hospital and was later transferred to the Queen’s Hospital.

According to the police, Ung ate a  portion of balloon fish which he had purchased at the fish market Saturday, and took ill almost immediately after. His condition grew serious and the ambulance was called. 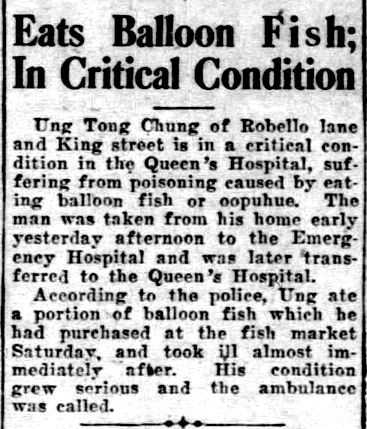