Mutsuhito, by the Grace of Heaven, the Emperor of Japan, placed upon the Imperial Throne occupied by the Dynasty unchanged from the time immemorial, to His Majesty the King of the Hawaiian Islands:

In reply to Your Majesty’s letter, we have the honor to state that we exceedingly regret to know from your information that the former Sovereign of the Hawaiian Islands died on the 11th December last.

At the same time we are informed that agreeably with the provisions of the Constitution of Your Kingdom, Your Majesty, being the Royal Cousin, was on the 9th January, by the Legislative Assembly, elevated to the Royal Throne, upon which we profoundly congratulate Your Majesty.

We hope that the friendly relations existing between the two nations will be more cemented and continue ever by virtue of a long and glorious reign of Your Majesty.

Given at Our Imperial Castle in Tokio, the 18th day of the 11th month of the 6th year of Meiji, accession of the Emperor Genmu, 2533. 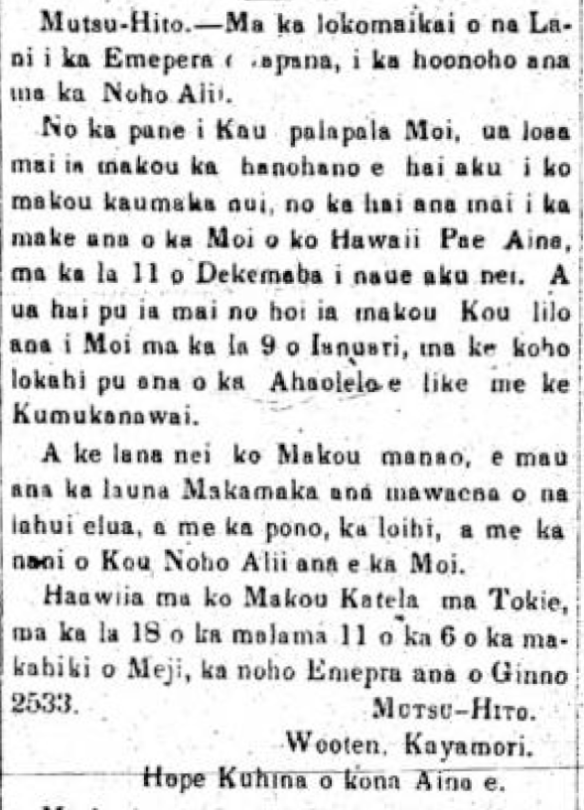