Yesterday (Friday) afternoon, at 4 1-2 o’clock, the Honolulu Rifles turned out for a full dress parade. After marching through several streets the corps halted on the Esplanade, fronting Fort street, when His Majesty the King, accompanied by H. R. H. the Prince of Hawaii, and His Excellency the Commissioner of the U. S., Colonel Dryer, and His Majesty’s Staff, arrived, and dismounting from his carriage, presented the Colonel’s “Restoration Medal” to Corporal R. B. Neville, for the best shot, July 31, 1861.

The medal is of pure gold, weighing about three ounces. On the obverse is a palm tree, supported by the Hawaian Standard and surrounded by military insignia; above, the words “Honolulu Rifle Corps;” underneath, “Palmam qui Meruit Ferat.” On the reverse of the medal reads:

We understand that His Majesty, as Colonel of the corps, intends to continue the giving a similar medal every year for the best shot at the target practice every 31st July, the Restoration Day of this country. 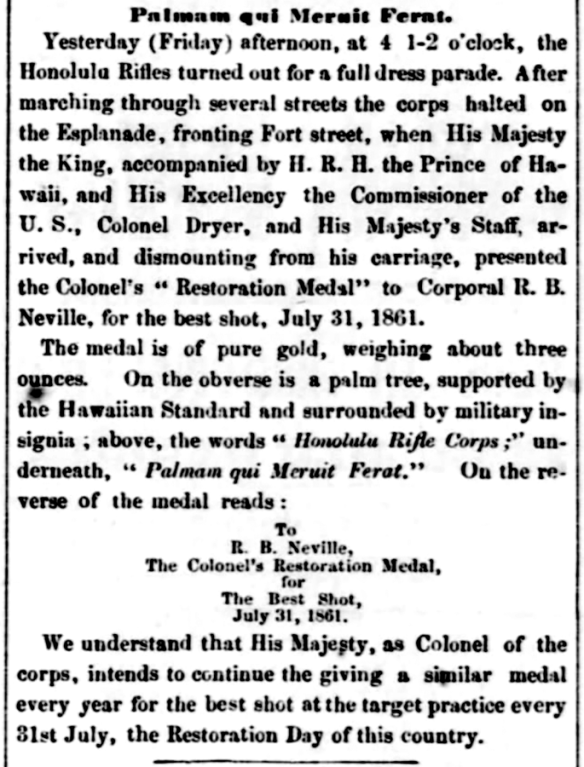