To My Dear Papa

From when we left Honolulu until we reached Japan, I have been reminiscing about you and younger brother, Emperor. The first port we entered was Nagasaki in Japan, which is the port which American ships regularly enter; and from this port we went to Vladivostok. While in Nagasaki, I sent a postcard, and perhaps you have received it. In the month of February, I sent $100; I have not received a response from you, papa. I am sending another $75 by bank draft; tell me if you receive this money. Siberia is a cold land, and we have everything we need. When we arrived in this land, we were well taken care of by the group “Knights of Columbus.”

We became an important thing amongst the American officers and the soldiers here in Vladivostok. They took  much pleasure and joy in the Hawaiian music that we played, and my time and that of my companions was all taken up by playing music.

We will be leaving this place in but some time, and perhaps we will first travel around Manila, and then sail to Europe, Britain, and get to America, and maybe meet up with older brother folk, should we get to America.

Give my aloha to Emperor and sister folk and all the ohana  at home. 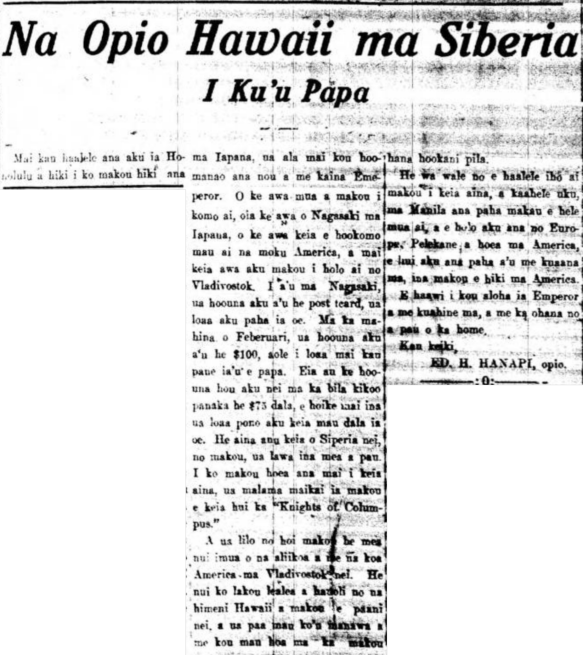