Your news-sniffing detective reports before all, the improper actions of the Brothers [Hoahanau] overseeing the Baldwin Home [Home Balauwina] in Kalawao. On Wednesday morning, the 9th of September, there was a uprising between the boys and the Brothers because the pig feed bucket was brought filled with tea to drink that morning. So the boys were incensed at that mistreatment. These Brothers must have thought that those boys inflicted with leprosy at that Home were pigs, and that is why they did that kind of thing.

Here is another thing: one of the boys who died at the Home some months ago was taken to the mortuary. That night, his clothes he was wearing were fetched. Here are the items taken from the body of the dead boy: One brand new suit, and a pair of shoes. These things are being worn now by another boy of the Home.

One more thing, if a boy of the Home dies, he is wrapped up in a blanket and put in a box and taken to Koloa [?].

Your detective believes that it is not right. It is killing the body and the soul of their neighbor. The Board of Health [Papa Ola] should remove these Brothers from the Home and return the Sisters [Viregine] of Aloha to this Home. Their care of the patients was much better than that of these people who waste the Government’s money. 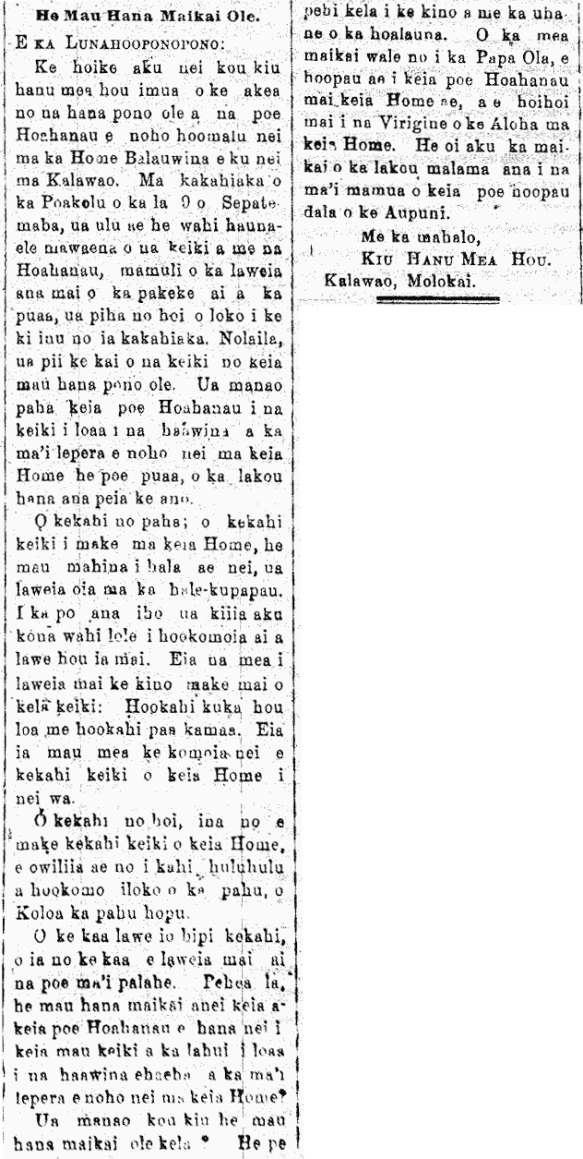