On Tuesday morning the merciless hand of death stretched out and took the life of that high chief, A. K. Palekaluhi at eighty-one years of life, at his residence in Kalihi. He is a true high chiefly descendant of Hawaii, of Liliha, who is of the lineage and a descendant of Kamehameha Nui, the king of Maui. His died because of the infirmities of old age.

[If you look below, most of this first column is hard to decipher, and much of the volunteer input would have likely been @@@@@ @@@@@. Hopefully people will think seriously about how much priceless information will be lost if the original newspapers are not clearly photographed before typescripts are done.]

THAT HIGH CHIEF OF THE LAND HAS GONE

At 10 o’clock this morning, was the funeral over his remains at his eternal home at the cemetery at Koula.

There were many people who joined his last procession.

[It is interesting to see how different newspapers have different information in their coverage of the same event!] 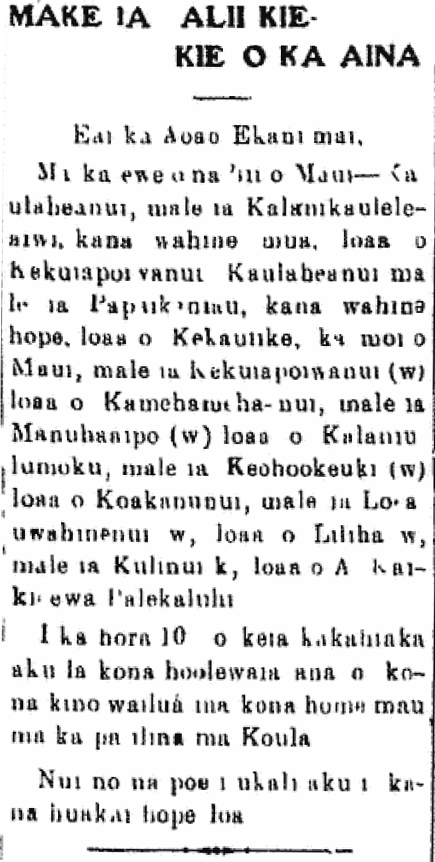